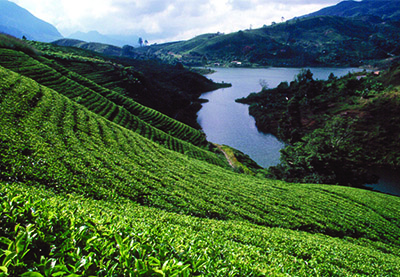 Sri Lanka also has a very strong connection to Buddhism – something travellers will experience in abundance as they embark upon this journey. Comforts of Sri Lanka is a short, typically week-long holiday. It combines the island’s natural beauty with its cultural inheritance. Experience the nuances of an ancient civilisation with our storytellers in an immersive journey through Sri Lanka’s pristine landscapes.

On arrival in Sri Lanka, you will be received by our representative and transferred to Kandy. On the way, visit the Pinnawala Elephant Orphanage.

You have the rest of the day free to rest at the hotel or explore the wonderful city of Kandy at your leisure.

After breakfast join us on a tour of Kandy, the hill capital! The hill city is the venue of the annual Perahera and was the last stronghold of the Sinhala Kings, finally ceded to the British in 1815. Kandy is an example of the Buddhist influence in present-day Sri Lanka. Temple shrines and monasteries keep the Buddhist influence alive.

The following morning, leave for Nuwara Eliya and visit a tea plantation en-route.

Tea was first planted in Sri Lanka in 1824 at the Botanical Gardens at Peradeniya, when a few plants were brought from China. More were introduced from Assam in 1839. In 1867 a Scottish Planter named James Taylor planted tea seedlings on an 8 hectares of forestland, in the Loolcondura Estate.

Nuwara Eliya is known as the ‘Little England’ of Sri Lanka. It is set against a breathtaking backdrop of mountains, valleys, waterfalls and rolling tea plantations. It’s supposed to be one of the coldest places on the island, but in truth a day in Newara Eliya really feels just like an England spring day, though the temperature does drop at night.

Visit the Seethaeliya – a little Kovil (temple) dedicated to Seetha with a statue each of Rama, Lakshmana and Hanuman. Spend the night at the Galway Forest Lodge Or Grand Hotel, Nuwara Eliya

Next morning, after an early breakfast, embark upon an afternoon tryst with the Yala National Park. Yala is a haven for Fauna both indigenous and migrant. The bird concentrations are dense and plentiful by the lagoons/salvers. Spot a few thousands of Flamingoes, countless assemblies of spotted Billed Pelicans, Spoonbills, Cormorants and various species of Herons. Pheasants, Pea Fowl, Peacocks and the Wild Fowl are also found in hundreds. Wild Buffalo and herds of wild Elephants are a common sight. The safari culminates in an overnight stay at the Elephant Reach in Yala.

Leave for Bentota on the following morning. On the way, visit one of Sri Lanka’s most charming towns – Galle. Built on a premonitory rock in the south of the Island, Galle was a major port until about 100 years ago; today though its importance as a port has dipped, it still handles shipping and sailing boats in the natural harbour. Stroll around the Light House and harbour or visit the old town where you can see the traditional lace makers and carvers and purchase some of the finest shell-craft souvenirs in the world.

After a good night’s sleep, embark upon a journey to the capital city of Colombo. A drive through the city will take you to the busy commercial areas as well as the tree-lined residential, Cinnamon Gardens.

Please note that the above is a sample itinerary for a 7 day trip to Sri Lanka. We design each trip according to your personal calendar, wishes & needs.