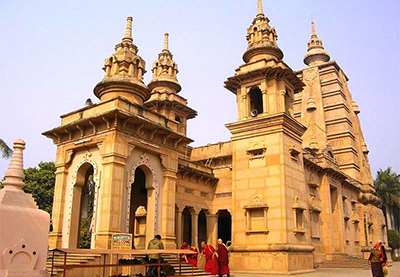 A short car ride from Varanasi, Sarnath is the spot where Buddha gave his first sermon and set the Dhammachakka – the wheel of law in motion. Buddhist structures were erected between the 3rd century BC and the 11th century AD and the ruins that remain are among the most extensive Buddhist relics across India. The museum there has on display a number of excavated findings. Modern day temples that have been built are the other places to visit in Sarnath.

The Sarnath Buddhist Pilgrimage will begin at your hotel. After pickup from the hotel, we will make the 30 minute drive to Sarnath before we hit the main highlights: