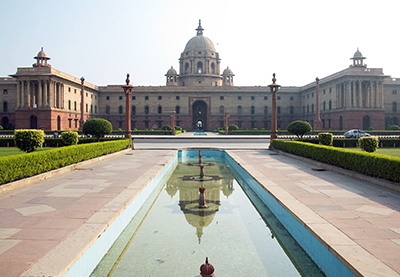 New Delhi, Delhi’s 8th city, was built by the British between 1911 – 1931, and was a show of the British Empire’s power and hold in India. British architect Edwin Lutyens was the man behind many of the imposing and impressive buildings that were built, with the goal of showcasing a grand city space. After independence, the British vision was replaced. Monuments like President’s House, Parliament House, India Gate, Rajpath, Janpath, Connaught Place and the bungalows of government officials today represent democratic India. Apart from visiting these monuments, the Lutyens Delhi tour will take you to popular places of worship like the Gurudwara Bangla Saheb (Sikh temple), Birla Mandir (Hindu temple) and pay a visit to the National Museum.


Tour Details: This is a half day/4 hour long tour, which begins at either 9:00am or 2:00pm. Please note that shoes must be removed before entering religious places of worship, and head cover is required at some.