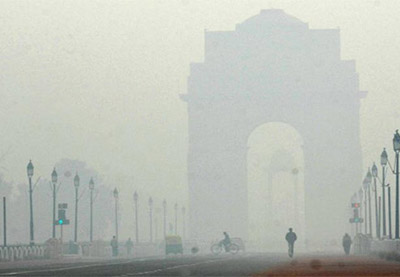 There is a certain beauty to a city that is stirring awake, and Delhi, foggy and misty in the early mornings, is no exception. From flower shops selling their wares, to the faithful offering early morning prayers and the small tea and breakfast stalls offering breakfast, there is plenty to take in and photograph. After picking you up from your hotel, we will drive to one of Delhiites’ favorite haunts for walking, jogging and yoga. With buildings and ruins of medieval mosques, a water body and bridge, from the 13th to 16th century, featuring the sentiment of the ruling Sultanates of the time, as well as later British influences seen in the garden with its landscaping, Lodhi Gardens is a unique spot. For ardent birders, you will get the chance to see some of Delhi’s birdlife in action.

Next we’ll drive to view Delhi’s iconic monuments, some of which were the seat of British power during their time in India – your guide will tell you stories from India’s independence movement. India Gate, President’s House and Parliament Building are at their glorious best in the morning light, as you drive the down wide, tree lined avenues of this part of Delhi. We will also pay a visit to a Sikh temple, Gurudwara Bangla Sahib, where you can watch morning prayers in process and watch volunteers prepare the Langar meal in the community kitchen. After this, we can stop for breakfast at a local eatery before we drop you off at your hotel, if you’d like to enjoy a local breakfast.


Tour Details: Since this is a private tour, we can customize it to meet any specific interests you have, like visiting Red Fort or Qutb Minar. The tour is conducted 7 days a week, beginning at 6:00am in the summers and 7:00am in the winters, and lasts between 3 to 4 hours. Please note that the Gurudwara will require head cover for both men and women – we suggest carrying scarves, and shoes will need to be removed before entering the premises.